Slim Thug sat down with Scarface and Willie D on the Geto Boys Reloaded Podcast.

Legendary rappers Scarface and Willie D recently started the “Geto Boys Reloaded” Podcast and it is quickly becoming one of my favorite podcast on Youtube. The remaining two Geto Boyz bring that raw OG feel to podcasting that we’ve been missing. The two usually have a difference in opinion on most topics, but they both come from a true “Big Homie” perspective where you understand the love they have for each other, and also that neither is trying to tell you anything wrong.

On the Latest episode of Geto Boys Reloaded Texas Legend Slim Thug stopped by to parlay with the gang. In the midst of the conversation they landed on the topic of Bill Gates and population control with Willie D alleging that Mr. Gates has always had an interest in controlling or limiting the population of Black America .

According to Willie D….

Mr. Willie D is one of the greatest voices and minds that we have in the black community. He is the conscious of the podcast, always dropping game and perspective. You can tell he’s all about the progress and improvement of the black community as a whole.

Willie D feels that Bill Gates has always has always had his hand in “Population Control” dating back to the 1960’s when his father worked with Planned Parenthood founder Margarette Sanger, who actually did accept the concept of “eugenics” (a movement that worked to reduce the undesired population to push racist, classist, and sexist ideals). Critics of planned parenthood often claim the true original intention of the program was to limit the expansion of the black community. They say this was done by strategically placing planned parenthood facilities in majority black communities and promoting abortion and “single parent” households over marriage and traditional families.

Is there any truth behind this?

Well….Yeah. Not saying that Bill Gates’ dad was complicit in the attempted genocide of Black America, but he was a trustee of the organization and worked on the board of Planned Parenthood prior to his death in September 2020. So he did, at the least have some interest in planned parenthood.

Bill Gates himself is also a proponent of planned parenthood. His foundation the Bill and Malinda Gates foundation has given enormous amounts of money to Planned Parenthood programs. Whether his intentions are to help or hurt the community I really cannot say. I guess that all depends on your perspective.

To Face and Slims credit I agree with them to a point. Bill Gates is so rich it’s hard for me to believe that his underlying goal has always been the extermination of Black America. While I do not believe he has a genuine interest in the Black community (good or bad), I think Bill Gates does what he thinks is right and this is just one of those things. We can’t say there are not situations where planned parenthood makes sense, but as a man I am not really qualified to speak on that, unless we’re speaking about own my wife and my kids.

The facts are that 20 million African American babies have been aborted since 1973 and we are at a point where we can’t have a civil conversation about the effects of planned parenthood without one side getting overly emotional, and that’s the larger issue for me. The topic has been highly politicized for years and now it’s just a part of the political loop. A talking point, good for speeches and campaign initiatives.

At the end of the day

At the end of the day only black people will save black people. We’ll always be oppressed and complicit in our own genocide until we relearn how to love each other. We need to invest in our children and the infrastructure of our own communities. They can put a Planned Parenthood facility in every black neighborhood, but if we were practicing “Planned Adulthood,” we would only need those services in extreme circumstances.

As far as Covid I’m not even going to go there. Protect yourself, protect your family whether you decide to get the vaccine or not. Let’s not hate or shame each other for our own personal decisions. Hopefully anyone who has power over those vaccines have pure intentions. We just have to pay attention to the whistle blowers on that. One thing I do know is that if the Covid vaccine was created for population control it was definitely created to effect more than just Black Americans, so we’ll see. Just be safe out there family.

How do you guys feel? Do you agree with Willie D, or are you leaning more towards the perspective of Scarface and Slim Thug? Drop a comment below and be sure to check out slim thug on newest episode of Geto Boys Reloaded on Youtube! 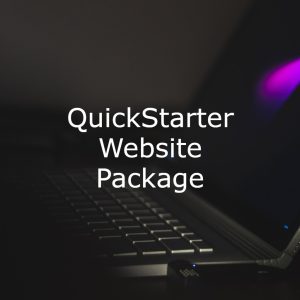 Who Benefits From Wordpress Speed Optimization? If benefits like higher search engine rankings, improved user engagements, longer onsite times, and MORE MONEY mean something to you.  Then you should understand that web speed is critical to the ultimate success or failure of your website. Most … END_OF_DOCUMENT_TOKEN_TO_BE_REPLACED

In this tutorial, we're looking at content creation, editing and publishing using WordPress, so to follow along, you need full access to your WordPress site. The Admin Panel The Wordpress admin panel is the heart and soul of your Wordpress website. This is where you configure … END_OF_DOCUMENT_TOKEN_TO_BE_REPLACED

Enter your desired domain name above to see if it's available. What is a Domain Name? Your domain name (or site URL) serves as the gateway to your website. You can think of your domain name as your online business name and business address. How to find your Domain Name It’s important to … END_OF_DOCUMENT_TOKEN_TO_BE_REPLACED

If you’re looking to create a new website or blog the first thing you want to do is choose a high performing web host. What is Web Hosting? If your domain name represents your online business name and business address, then your web hosting provider represents the online property your business … END_OF_DOCUMENT_TOKEN_TO_BE_REPLACED

Hey guys, Yogi here! I know getting your website up and running can seem like a troublesome task but I've built a dedicated Wordpress Hosting platform that prides ourselves on doing Wordpress the right way. We can handle all aspects of deploying and maintaining your website.